Irish water quality is in the news again. Now, Irish Water estimates that over 200,000 Irish households may be affected by lead contaminated water supplies due to lead pipes.

Find out more and buy now at www.safewater.ie/shop

Why is lead in drinking water in the news?

Having installed thousands of water meters across the country, Irish Water says it has identified 28,000 households as having lead pipes or fittings supplying water to their home. The utility estimates that nationally as many as 200,000 houses, which were mostly built before the 1970s, may be affected.

Why is lead in drinking water a problem?

This follows the World Health Organisation’s recommendations, which has revised its own advice over the years. Whereas it once considered lead in water an issue if it was over a certain level, WHO now states that no level of lead in drinking water is now considered to be completely safe.

The Environmental Protection Agency, which is tasked with ensuring that the drinking water quality standards are met by Irish Water, says monitoring data for 2013 shows 2.2% of samples reported lead levels in excess of 10ug/l.

How does lead get into drinking water?

Lead can dissolve into drinking water when the water comes into contact with lead pipes, especially when it is left standing in a pipe. Such lead pipes are found mostly in the internal plumbing of buildings. Irish Water says its records show there are no lead water mains in Ireland. The utility says there are still some lead pipes in the public network, but these are mostly in old shared connections or in the short pipes connecting the public water main to the private water supply pipes.

What problems can lead in drinking water cause?

The HSE warns that long term exposure to lead can to cause a number of detrimental health effects.

Lead has been classified as “probably carcinogenic” to humans, and recent scientific evidence shows that regular intake of even low levels of lead can have small health effects, especially on the brain development of infants, young children and babies in the womb. This in turn can lead to learning, behavioural and attention problems, according to the HSE.

Lead exposure can also affect the kidneys and may contribute to high blood pressure.

What can I do if there is lead in my drinking water?

Unlike other contaminations of drinking supply, boiling will not remove lead from water. Lead piping and fittings can cause lead to be dissolved into the drinking water, and so will need to be replaced by a plumber.

The Government today agreed a National Strategy to Reduce Lead in Drinking Water, an element of which will see the introduction of a grant scheme for low-income households to assist with the replacement of lead pipes in their homes.

Where a householder opts to replace any lead pipes within their property, Irish Water will replace any corresponding lead pipes on the public side of the property.

How much will it cost to replace my piping?

This is a bit of a “how long is a piece of string?” question. It depends on the length of the pipe that needs to be replaced; the amount of labour involved; and the expense of replacing the paving, driveway or tiling that may need to come up before the pipes are replaced.

A definitive way of checking the quality of a house’s water supply is to send a sample to the many labs across the country that offer water analysis services. 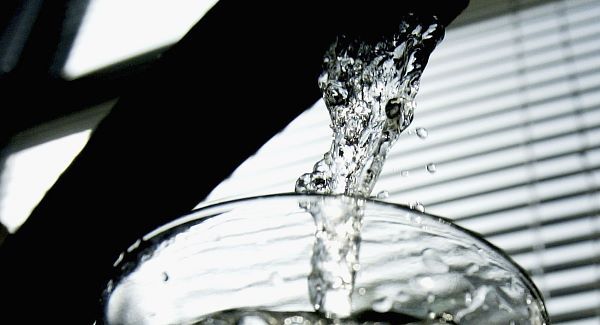 Source: Q&A: Why is lead in water a worry? | Irish Examiner