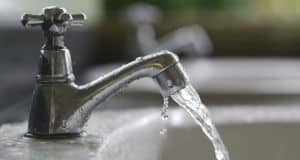 Irish Water plans to spend €1.77 billion on 386 infrastructure projects over the next 2½ years, more than 40 per cent of which will be used to fix national sewage problems.

The State utility has published its first capital investment plan for 2014-2016 detailing which water projects, previously undertaken by individual local authorities, will go ahead over the next two years.

Certain projects, such as the plan to build a 9km pipeline from the Ringsend sewage plant under Dublin Bay, will not go ahead, it said, but the plant will be expanded and upgraded. It plans to provide more drinking water to the capital and reduce disruption to supply by investing in the completion of the work to existing treatment plants at Ballymore Eustace and Leixlip.

‘Boil water’ notices
It aims to lift the majority of all long-term “boil water” notices in Roscommon early next year. Critical water quality projects in Letterkenny Co Donegal, Kerry central and Burncourt/Fethard in Co Tipperary will also go ahead.