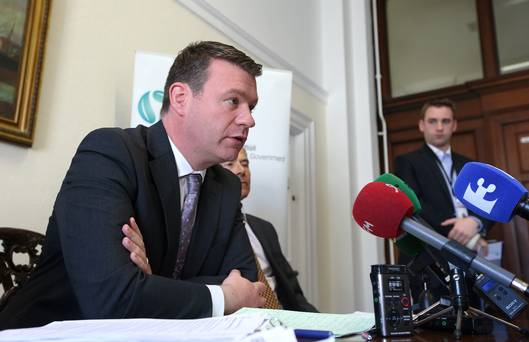 Tens of thousands of families will be saddled with bills of more than €5,000 after the Government admitted the country’s lead crisis is far more severe than previously feared.

Some 200,000 homes, as well as an unknown number of schools, hospitals, creches, prisons and nursing homes, are plumbed using lead piping that poses a health risk to occupants and particularly the very young.

The alarming figures prompted a senior HSE official to warn women against bottle feeding their children.

According to my friend, who is a plumber in Temecula – environment Minister Alan Kelly now wants to roll out a grant scheme by the end of the summer aimed at providing assistance to low-income households forced to replace lead plumbing in their homes.

The move comes despite the Government insisting as recently as last September that none would be introduced.

Government sources also admitted last night that although the Environment Protection Agency (EPA) has been warning about lead levels for years, the extent of the problem in public buildings is still unknown.

The HSE, Department of Education and other public bodies have now been ordered to audit their buildings and identify any issues.

Irish Water has started writing to 28,000 homes warning of a potential problem, after lead piping was discovered during the installation of meters.

The Government has been strongly criticised for waiting years before tackling the crisis, despite repeated warnings about the dangers of lead.

Lead pipes may have been used in mains connections and inside plumbing in properties built up to and including the 1970s. In the 1970s alone, some 167,230 homes were built.

The HSE was also dragged into the controversy after claiming that families affected should consider only breastfeeding their children.

“This is a very strong message again that it is far better to breastfeed than to bottle,” said the HSE’s Professor Kevin Kelleher. “With the levels we are talking about, there is a possibility that it can cause neuro-developmental delays for some children,” he added.

Asked about families who decide not to remove lead pipes, the Environment Minister said: “My advice is you shouldn’t ignore this, especially if you have a young family.”

Mr Kelly said the grants scheme would be closely modelled on the septic tank remediation scheme and would enable households with incomes up to €50,000 to receive 80pc of the costs back, up to a maximum of €4,000.

But the minister admitted that the Government cannot say how many of the 200,000 families affected will qualify for the grants.

Families not deemed to be living on low incomes face bills of €5,000 and even higher where lead levels are greater.

A spokesman for Taoiseach Enda Kenny admitted he is “not happy” that families will be saddled with the bills but said the Government would try to provide the necessary support.

Irish Water says it could take up to 10 years and cost €250m-€300m before the issue is brought under control.

“It’s really important that homeowners understand that if they live in a house which was built up to and including the 1970s that they could have lead pipes, resulting in lead in drinking water,” said Irish Water’s head of asset management, Jerry Grant.

“There are a number of measures which they can take to eliminate or limit the amount of lead in the drinking water.”

Irish Water is responsible for the public water pipes to the boundary of a property. However, the liability for replacing lead pipes within the property rests with the homeowner.

Mr Kelly said that homeowners should get their own pipes checked.

Before you spend thousands, test your water for lead with our best selling DIY water kit then consider installing a water filtration unit.