14 May Dilapidated waterworks are leaking money and Government is sinking 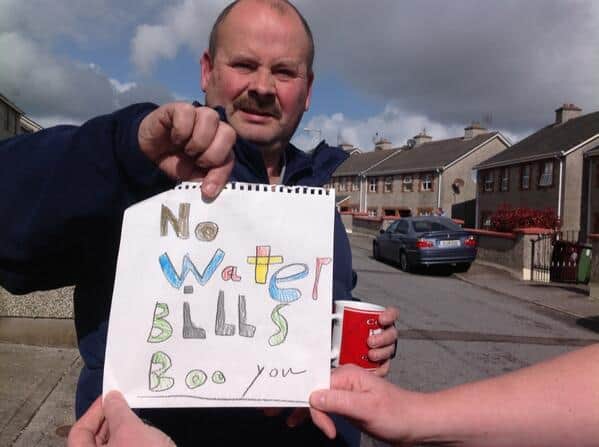 MUCH has been written about ‘leaks’ from Cabinet and the quarrelsome discussion on water charges last week. But the big issue is not Cabinet incontinence. It is a national water system leaking 40% of its content into the ground between its source and our taps.

That is an appalling return on the €1.2bn spent annually on water services.

Raising about €500m a year in water charges — from an average charge of €240 per household — is what’s required so Irish Water can credibly claim, when assessed by Eurostat, that it is a genuinely commercial, semi-state body. Eurostat’s imprimatur allows Irish Water, based on its projected income from charges, to borrow in the financial markets, and not have its debts included on the Government’s balance sheet.

More at Dilapidated waterworks are leaking money and Government is sinking.